A publisher of a lifestyle magazine wanted to widen the reach of his magazine in the lucrative Asian markets, which included India. He had already covered the whole of the Europe market but for the Asian audience, he wanted to rely on native professionals and that is why he contacted us.

The client wanted to have his highly-anglicized magazine redesigned to appeal to the senses of the Indian audience. The initial work included the designing of the magazine cover in an aesthetically-soothing manner while strongly reflecting Indian values. It had to be engaging as well as eloquent.

The client was quite particular about adherence to standards and also about the quality of the work.The first impression was the last impression and if the first printed version of the magazine was rejected by the target audiences, the client might have lost a lot of money and could have witnessed a fall in reputation. The flow, plan, and other details of the page had to be meticulously discussed about and finalized.

We had a series of discussions with the client, during which we presented our findings based on the research that we conducted to gauge the mood of the public belonging to different demographics, across diverse geographies. The designers in our team explored several themes before initiating the actual project. Once the suggestions from the client were received, the theme for the design was finalized.

Next, an elite team of seasoned magazine designing professionals were summoned and the work was distributed based on the priority chart chalked out. The page layout, flow, and design were discussed about. A stunning headline that would grip the attention of the customer was decided upon after hours of brainstorming; we sought assistance from the creative content writers working with us.

The art team was assigned the responsibility of looking for an apposite image that would make the audiences easily relate to the idea of the magazine. High quality image and desired content were chosen and forwarded to the typesetting division and Adobe Indesign and Photoshop were used. Then it was sent to the client for approval. After reviewing, the client provided final set of suggestions with regard to certain elements and we tweaked the deliverable accordingly. The final design was then shared with the client and he was ecstatic to see the blueprint.

We could make the client fulfill his ambition of acquiring a chunk share of the lifestyle magazine market. We completed the project within the predetermined deadline, within the budget allocated by the client and while exceeding the client’s expectations in terms of quality. The client rewarded us with recurring business.

Ouch! There was a server error.
Retry »

Get in touch with us 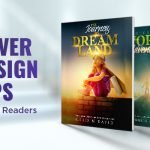 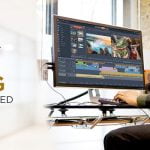 Video editing and its advanced techniques