One of the objectives of undertaking photo editing is to get superior quality image cutouts that don’t have any traces of previously present background. This can be accomplished with Adobe Photoshop CC. The visual appeal of a cutout correctly done is many times more than the original image. 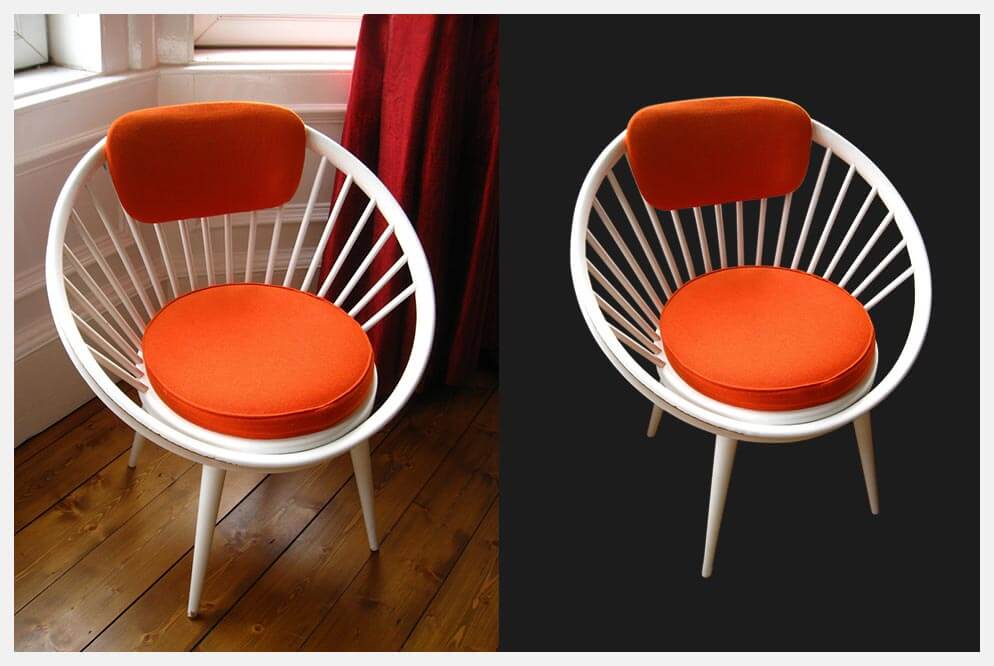 Whenever you require to cut out a specific portion of an image for your designing work, you can accomplish the same in several ways. This depends on image type being worked upon and the backdrop on which the cutout would be superimposed. Photoshop Clipping Paths are commonly used for cut out image portions.

With clipping paths in Photoshop, you can trace the vector shape over the desired portion of the image. The clipped portion can then be saved as a file in a way that only the image’s section demarcated by the clipping path would become visible in the layout program. Often, Quark and InDesign are used for processing cutouts. The vector path you draw to delineate the cutout is called clipping path.

The Magic Wand Tool: Use this cautiously for creating Clipping Paths in Photoshop

You need to refrain from using the Magic Wand Tool in Photoshop for creating clipping paths. The tool can be seen as a shortcut for creating vector paths and hence it should be treated as a quick fix. The outcomes of the tool are not good and to set right the results, you would have to spend double the time taken to create normal clipping paths.

The selection area created by The Magic Wand tool becomes significantly large as it intuitively selects portions with similar color pixels. Pressing Shift+Click on an area rich in color would lead to the addition of this portion in already made selection.

The Magic Wand tool offers reliable results when you need to select a wide area with similar color pixels. By adjusting the Tolerance value within the Options Palette, you can modify the breadth of the color selection. The Palette appears after selecting the Magic wand tool and carries the default Tolerance value of 32. If you slide it higher, the pixel color values selected would encompass larger area.

The raw picture posted above is ideal for use of Magic Wand tool since the background is spread over a large area. Clicking on the background with the Magic Wand tool over the sculpture would lead to creation of substandard clipping path. Now, hold down the Shift Key for adding the selection region existing on image. The outcome would be something like the image depicted. The entire region gets selected. Navigate to Select-Inverse for switching the selection.

For creating vector path, you need to navigate to Paths Palette. The small submenu arrow on top right is to be clicked for choosing ‘Make Work Path’. You will be prompted for entering Tolerance value. Entering a high value would lead to appearance of more number of points on the path which would closely embrace the image in ragged manner. A lower value would lead to appearing of limited number of point along the path which would improve smoothness bur reduce accuracy. You can safely enter 2.0. 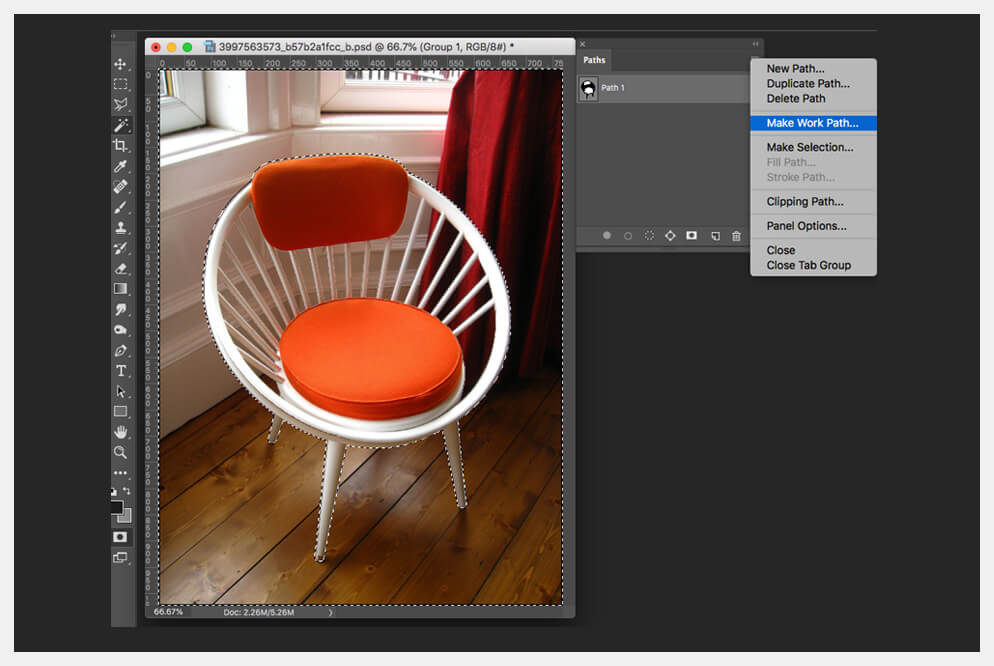 After demarcating the work path, choose Save Path from Make Work Path submenu. After this, choose Clipping Path by clicking the submenu again. You need not enter anything for ‘Flatness’ value as this figure matters during printing. If print is posing challenge, you can tweak the Flatness event for better results.

Next, zoom in the recently created path. If you had entered tolerance value of 2.0, you can realize the inaccuracy of path by glancing at image on the left. Having a lower tolerance value of 0.5 or so would cause the path to become ragged as is evident below. 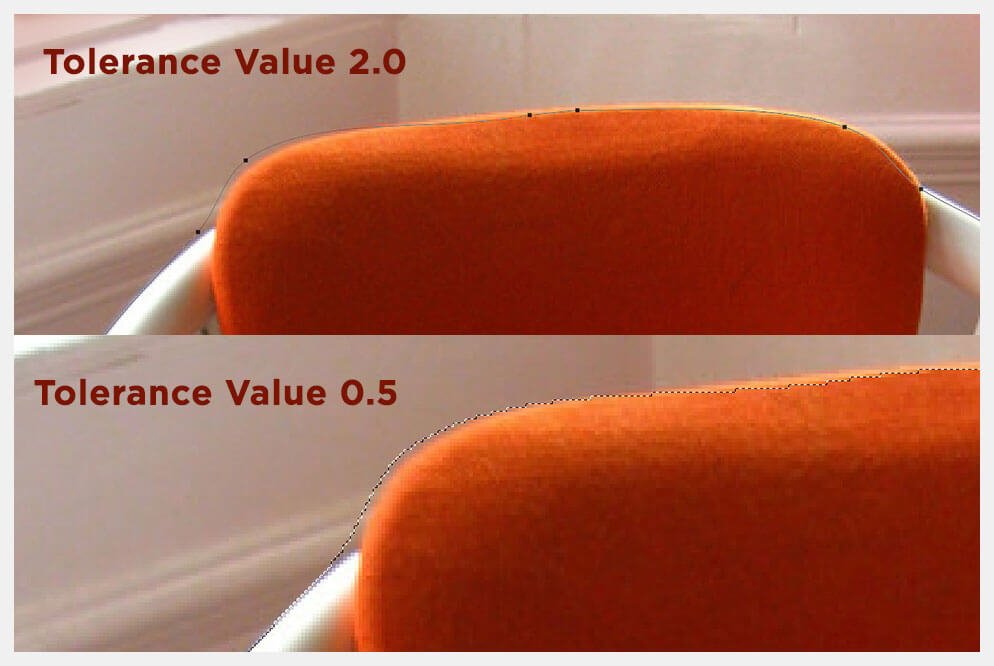 Now, convert the image cutout to CMYK. The size should be minimum 300 DPI to ensure crisp print. With other default values, the image is to be saved as Photoshop EPS and imported in InDesign. For accomplishing optimum on-screen redrawing, navigate to High Quality Display under Display Performance submenu of View Menu.

You would observe that 2.0 tolerance level would provide smoothness to clipping paths in Photoshop but would make certain background areas to become visible. This would make the image to cut out in a way you hadn’t desired. However, keeping the tolerance level low would cause the edges of image to become jagged and shabby. 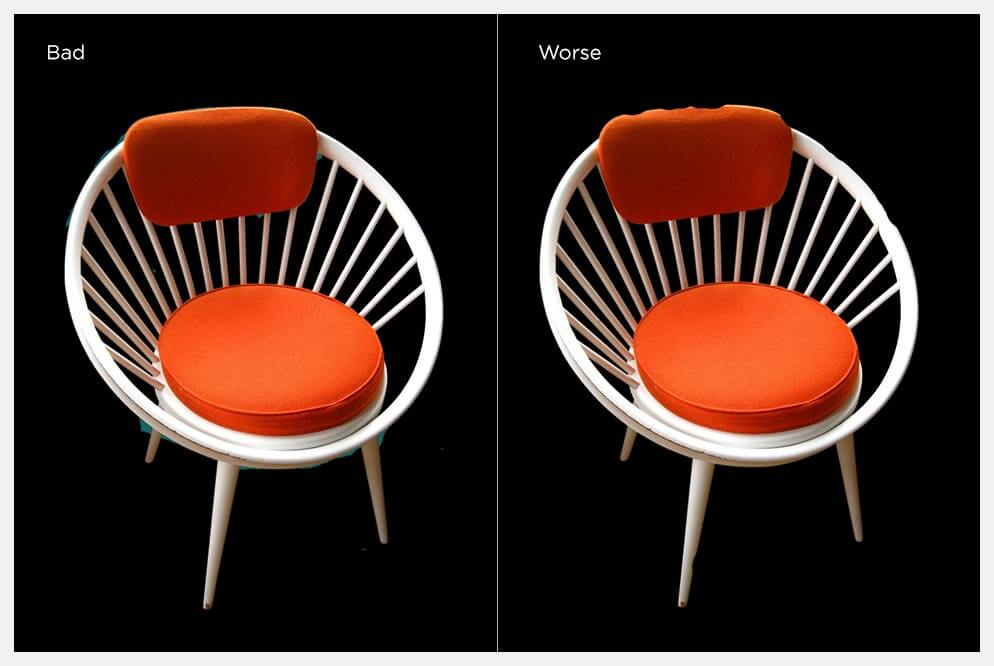 For above reasons, Magic Wand tool should not be trusted for getting impeccable clipping paths in Photoshop. The image we have depicted in this post reflects the best possible outcome one can expect. This is because the space occupied by blue is significant and edges have sharp definition. Despite this, the result is not appreciable.

The Magic Wand Tool can be used when a cutout is needed quickly and low resolution would not be a roadblock. This method is fit for proofing needs where positional cutouts are required.But always use the tool correctly for whatever it is used.

Next, go to Paths Palette and click on the saved path. On Mac, you have to hold down the Command Key. The path would be selected.

Choose Layer Via Copy from New submenu under Layer. Your Layers Palette would now have an additional layer carrying the image cutout.

Click on the background layer. From the bottom of Layers Palette, press Create a New Layer button. You can have this layer filled with color which you would want to sit behind the cutout during processing in InDesign or Quark. Next, the layer with cutout is to be selected. In Mac, the Command key is to be pressed down and layer thumbnail is to be clicked for selecting it. Navigate to main menu and choose Feather from Select menu. Click Ok after entering 1 pixel as value.

Keep the selection of cutout layer on. Move to Layer Palette’s bottom and click on the ‘Add Layer Mask’ button. The new background would anti-alias the cutout image causing the softening of edges. This would help the image and background to blend seamlessly. For softening the edge further, you can select the layer again by clicking on the thumbnail of layer. Choose Inverse from Select Menu and press Delete after you have selected the layer mask. The mask layer can be identified from the black and white thumbnail lying on thumbnail layer’s right. The feathered edge would be masked off further. Even complex photo clipping can be fine-tuned in this manner 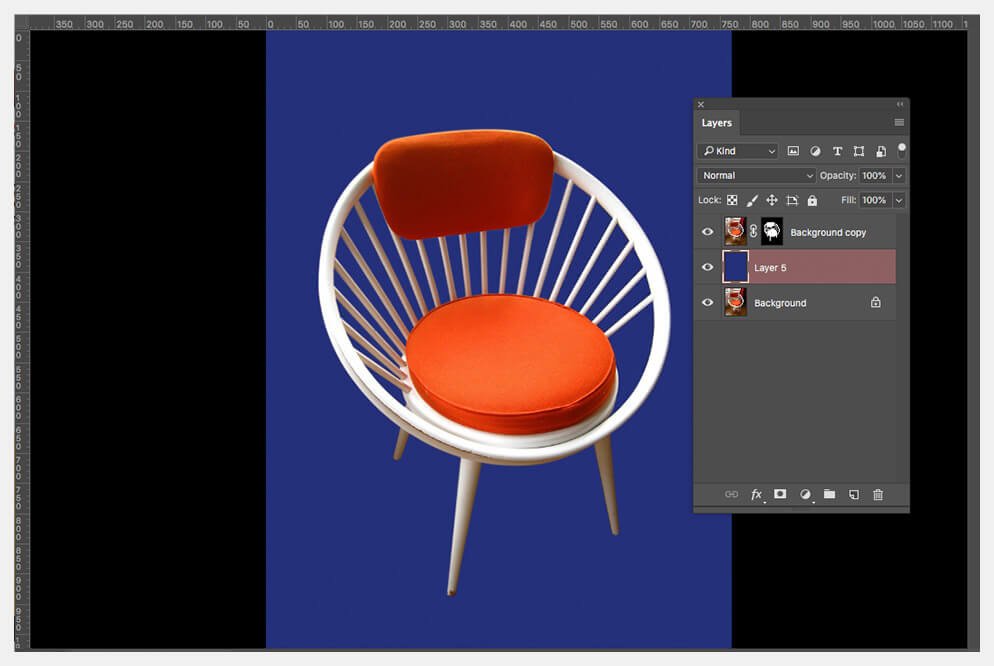 For creation of image cutouts, Photoshop clipping paths can prove to be invaluable. Complex image portions can pose trouble. But there are ways to set them right.